Yeah, I’ve had a few.  With a few hundred miles on the new trike, it’s becoming clear that I and the ICE design team have made some poor choices.  Nothing too serious, but annoying nonetheless.

The problems are best framed by an overriding principal of mine:  When paying multiple thousands of dollars for a high performance recumbent trike, it should not squeal and clatter down the road like a $50 Huffy purchased at Walmart.  Demanding, I know.  Yet that’s about the situation I’m in, particularly surprising when you consider that I enjoyed more than ten thousand miles of silent performance on what is essentially the same trike, my 2008 ICE Q.  With one exception, all of my initial problems with the new trike involve excessive, unacceptable noise.  Following is the prioritized list of culprits. 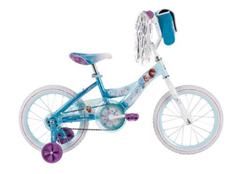 More quiet than my trike?

So what’s a hyper-sensitive boy to do?  Well first-off, my $100 replacement right-hand non-mirrored kingpost is on its way, required to mount a non-mirrored brake caliper upside-down on the right wheel assembly.  Unless the Tektros suddenly become silent, allowing inertia and laziness to prevail, I’ll replace them with Shimanos per the original plan.  I’m so glad I never wanted front suspension because the fact that the Tektros are the only compatible disc brakes would have been a deal-breaker.

My dealer had the same noise problem with his Tektros and eventually worked through them.  His advice to me was to perhaps smooth the edges of the punched section of the rotors by sanding them and to work out the noise like he did by periodically squirting water on the rotors while riding and braking until the noise stops.  I have a different philosophy.  As with the rattling SRAM DualDrive hub, if I have to go to great lengths to fix a factory-new component, something is fundamentally wrong.  Maybe a manufacturing defect and the part needs to be replaced or a design problem and I need to find a new manufacturer.  I’ll admit I don’t understand what kind of voodoo makes Shimano run silent while a comparable Tektro is unbearably noisy; it’s possible I’ll wind up with the same problem.  We’ll see.

The rack is a tougher problem.  Replacing it with something (perhaps) more solid would require replacing the rear section with an unsuspended design, a pricy proposition.  And ICE only offers it in blue, leaving me with a black and blue trike.  Yuck.   So…  I can make peace with the chain tube even if I can’t knock the noise down any more.  I have a solution for the rattling taillight, either the new one that currently doesn’t rattle or by switching to the Toplight Line Small if it ever does.   Without the mounting studs it should be inherently rattle-free.  I think I’ve solved the rattling of the internally-routed taillight cable.  Now I’m left with just a little bit of rattle, from who knows where.  I’ll continue to track down the source but may have to live with that one.

It’s interesting to speculate that the design of the suspended rear rack was dictated primarily by the desire to fold the trike without removing the rack.  This adds to an already large list of undesirable trade-offs to accommodate a trike feature– folding– that I don’t even want. 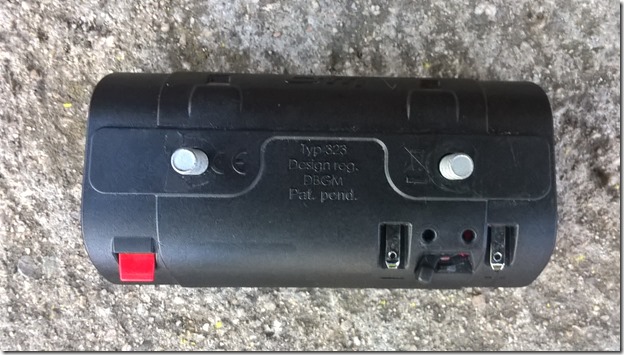 Taillight, mangled.  Blood and body parts removed from the scene. 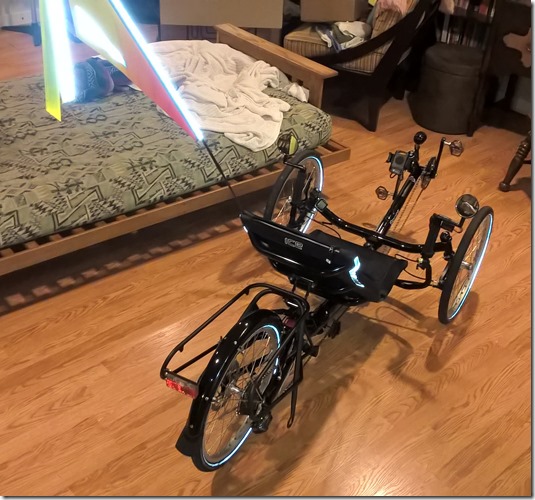 Sexy until the noise begins