Zoe and I just finished our annual overnight trek to Givens Hot Springs.  50 miles from our doorstep to the springs.  The weather this year was spectacular:  endless sunshine, highs in the upper 70’s, though a bit brisk in the early ride out from Boise at about 45 degrees.  Temps change fast in the high desert.

As usual, I had a mildly ulterior motive for the trip:  see how the latest technology pans out in hopes that one of these days I’ll be on another big tour.  This time around the tech consisted of the following:

The general idea is this:

Here’s how it all went down, without tapping into the power grid after initially charging everything at home:

When the CycleTrip app intelligently turns off the display (on the list of feature enhancements), I should be able to run the phone and Di2 indefinitely with only occasional access to the power grid.  Di2 has worked so well that I don’t even think I’d pack a spare battery.  As always, here’s my battery performance since installing Di2:  https://seasonalcommute.com/di2-battery-life/ 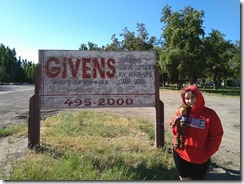 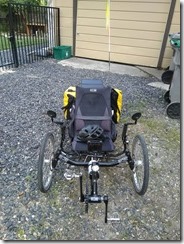 3 thoughts on “Touring with Tech”